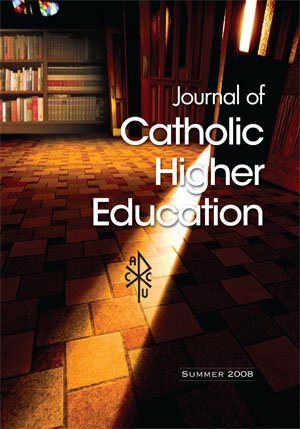 While focusing on the nature and mission of Catholic higher education, Ex Corde Ecclesiae: The Apostolic Constitution on Catholic Universities and The Presence of the Church in the University and University Culture are also interested in the relationship between the mission of the Catholic university and the nature of the student as a person. This paper examines how human unity—without which personhood would be meaningless—is an essential foundation of Catholic education, and in this case, Catholic higher education. The focus, however, is not on what unites us as human beings universally, though the Church often refers to our common human nature as a principle of unity. Rather, the paper focuses on our individual unity as human beings: our individual, metaphysical, ontological, and spiritual unity and integrity. The thought of Jacques Maritain is employed as a lens to examine the importance of individual unity, educationally considered. Maritain’s philosophy provides invaluable foundations and subsequent implications for a discussion of how the Catholic university, by attending to its intellectual mandate, promotes and enhances this metaphysical, ontological unity of the human person.