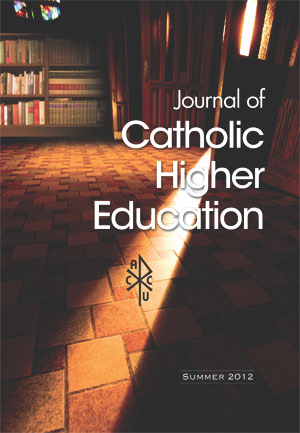 According to many analysts, after the dot-com, housing and financial bubbles, the next bubble to burst may be that of higher education and especially business education schools. Given this possible scenario, there are two ways one might interpret the current crisis in education, accompanied by two proposals for addressing the problems. According to the first interpretation, the current academic crisis is the result of the “feudal shackles” still existing in university systems, and the solution would be to deepen the reforms already undertaken to better adapt the academic system to the demands of the economy. A second interpretation suggests, on the contrary, that it is precisely the process of economization and industrialization of both teaching and research that has led the university–including Catholic business education–to the current crisis. The latter is not just a financial but mainly a cultural crisis that requires a series of deep reforms in order to recover the university’s principal educational and cultural purposes.