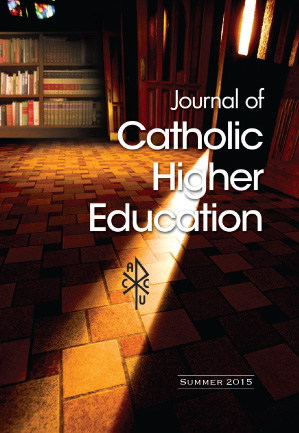 The distinctive impact of a Catholic college on students springs from its identity. Students sense Catholic identity in a vibrant campus environment shaped by the Catholic college mission. Although many constructs found in mission statements are common to a host of colleges, their practical application in the campus environment affects student perceptions of their institution in different ways. The purpose of this research was to investigate differences in student perception of engagement in institutional mission and identity at Catholic and independent colleges in order to identify the constructs of mission most relevant to students in each group. This research was conducted using original data that the author/principal investigator has generated in an ongoing study to explore college student perceptions of mission. Student data were obtained between 2009 to 2012 from Catholic (59) and independent (24) colleges that administered the National Survey of Student Engagement, with extra Mission Perception Inventory (MPI) questions attached.2 Results show that senior students at Catholic colleges score signifi cantly higher than those at independent colleges on scales representing Sense of Mission, Respect for Diversity, and overall Mission Perception. Catholic colleges demonstrate particular strength in representing several distinctive features of Catholic identity, such as knowledge of a founding religious community, freedom to express individual spirituality, and discussion of ethical issues. Conversely, there are some matters that the results indicate are in need of attention, including developing leadership skills, increasing respect for different cultures, accepting people of different sexual orientations, and promoting awareness of social justice issues. It is concluded that outcomes observed in this research provide promising evidence that Catholic colleges and universities are cultivating students who appreciate the Catholic identity of their colleges and universities and further, who grow in their affiliation with the mission and Catholic identity of their institutions from the first to final year of their college career.